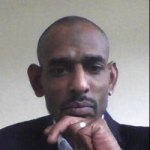 I am a hard working individual dedicated to finding greater peace between people in a variety of forms. I have found that my works as a Ambassador for International Human Rights Commission are bringing my interests of the gaining and upholding the given Human Rights of Marginalized sections of the World Community to the forefront which has been most gracious as this always assists in bring greater harmony and understanding of others Peace is a Universal need for the progression of all persons to live among each other. Being Ambassador for the International Human Rights Commission I wish very much to bring to the attentions of others the extensive concern that is suffered by many through what is deemed Gender Based Violence. Such acts of violence and aggression are very often deeply embedded in the culture of those being affected and I hope to work with others in bringing an end to such. We must each take responsibility in upholding the Human Rights of all persons as best possible.

Equal access to Education is a must in these times as no person should be denied an Education based on social standing nor Gender.

I have a wide range of interests within this position that are encompassed with passion to find quality sustainable changes for the betterment of society and my hopes to further develop this role remain high and my wishes strong. I am also a member of Clergy that believes highly in an Inter-Faith Society across The Globe. Harmony between all Religious denominations coming to live among one another with out need for the continuing divisions that often find many problems evolve.